I've been using Plex DVR the last couple months, testing the Plex Pass and Beta capabilities, and figuring ways to make it a solid solution for me and my family. The DVR aspect works well on the latest Beta release 1.10.0.4523, and the GUI is very simple to use. Setting up recordings and having them auto-added to my library works almost like magic. 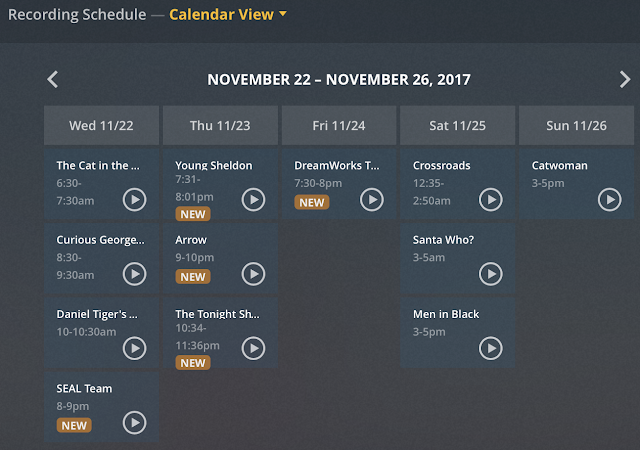 But amidst the magic, I had some requirements that took more than out-of-the-box configuration. My two requirements were

Through lots of trial and error (lots), I was able to provide Plex with a script that takes care of both of these requirements. This script is provided to Plex via its path on the server in the DVR settings of the web console. Here, you can see I have added the script plex_pp.sh 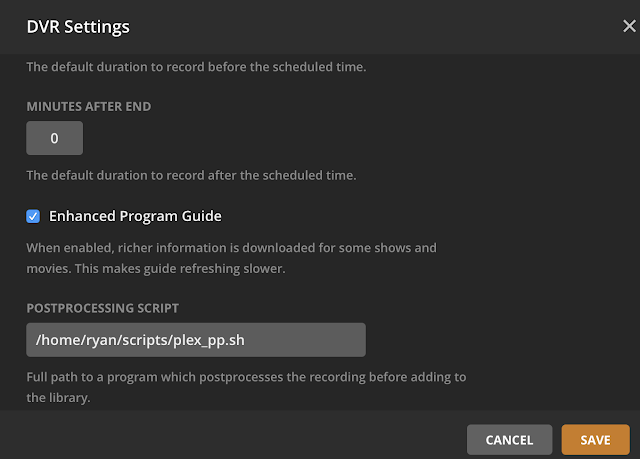 The Plex Pass beta build mentioned above introduced commercial cutting natively within the Plex GUI. For those just starting out with Plex DVR, this is a fantastic addition they've added, and will greatly reduce the technical challenges of implementing it yourself. This newly built-in feature is still, however, in beta and may come with some unwanted bugs.

This script is a combination of information found online and tweaks for my needs (my household is mostly Apple products, hence the transcoding presets). All of this is maintained on my GitHub page, so check there for the latest bits.

My Environment (not earth shattering by ANY means) 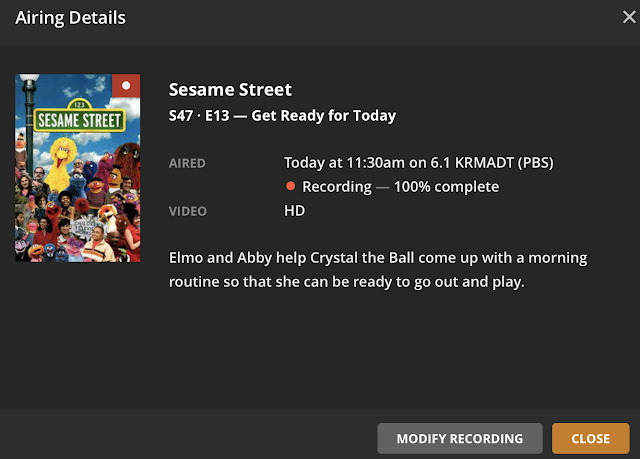 If you have two shows recording back-to-back, this script will also process one recording at a time, to not tax your system.
I hope you find this useful. Thanks for reading!